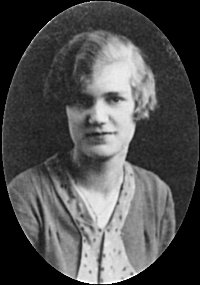 Ester Boserup (18 May 1910 – 24 September 1999) was a Danish and French economist. She studied economic and agricultural development, worked at the United Nations as well as other international organizations, and wrote seminal books on agrarian change and the role of women in development.

Boserup is known for her theory of agricultural intensification, also known as '''Boserup's theory''', which posits that population change drives the intensity of agricultural production. Her position countered the Malthusian theory that agricultural methods determine population via limits on food supply. Her best-known book on this subject, ''The Conditions of Agricultural Growth,'' presents a "dynamic analysis embracing all types of primitive agriculture." (Boserup, E. 1965. p 13) A major point of her book is that "necessity is the mother of invention".

Her other major work, ''Woman's Role in Economic Development'', explored the allocation of tasks between men and women, and inaugurated decades of subsequent work connecting issues of gender to those of economic development, pointing out that many economic burdens fell disproportionately on women. In an early review, her book was called "pioneering;" nearly five decades later, it has proved influential, having been cited by thousands of other works.

It was her great belief that humanity would always find a way and was quoted in saying "The power of ingenuity would always outmatch that of demand". She also influenced the debate on women in the workforce and human development, and the possibility of better opportunities of work and education for women.

Her work earned her three honorary doctorate degrees: one from Wageningen University; one from Brown University; and one from the University of Copenhagen. She was also elected to the US National Academy of Sciences as a Foreign Associate in 1989. The doctorates were in three different fields: agricultural, economic, and human sciences, respectively; the interdisciplinary nature of her work is reflected in these honors, just as it distinguished her career. Of interdisciplinarity, Boserup said: "Somebody should have the courage not to specialise and to look at how one can bring things together. That is what I have tried to do." Provided by Wikipedia
Showing 1 - 2 of 2 for search: 'Boserup, Ester', query time: 0.04s
Search Tools: Get RSS Feed — Email this Search — Save Search