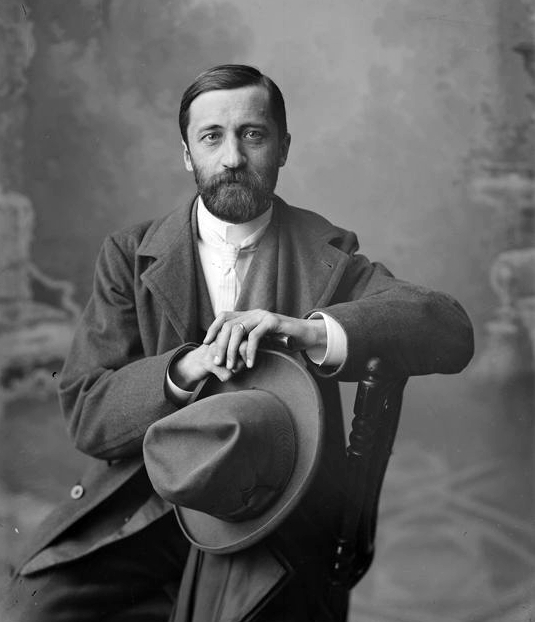 Dmitry Sergeyevich Merezhkovsky (; – December 9, 1941) was a Russian novelist, poet, religious thinker, and literary critic. A seminal figure of the Silver Age of Russian Poetry, regarded as a co-founder of the Symbolist movement, Merezhkovsky – with his poet wife Zinaida Gippius – was twice forced into political exile. During his second exile (1918–1941) he continued publishing successful novels and gained recognition as a critic of the Soviet Union. Known both as a self-styled religious prophet with his own slant on apocalyptic Christianity, and as the author of philosophical historical novels which combined fervent idealism with literary innovation, Merezhkovsky was nine times a nominee for the Nobel Prize in literature, which he came closest to winning in 1933. Provided by Wikipedia
Showing 1 - 2 of 2 for search: 'Merezhkovsky, Dmitry Sergeyevich, 1865-1941', query time: 0.05s
Search Tools: Get RSS Feed — Email this Search — Save Search