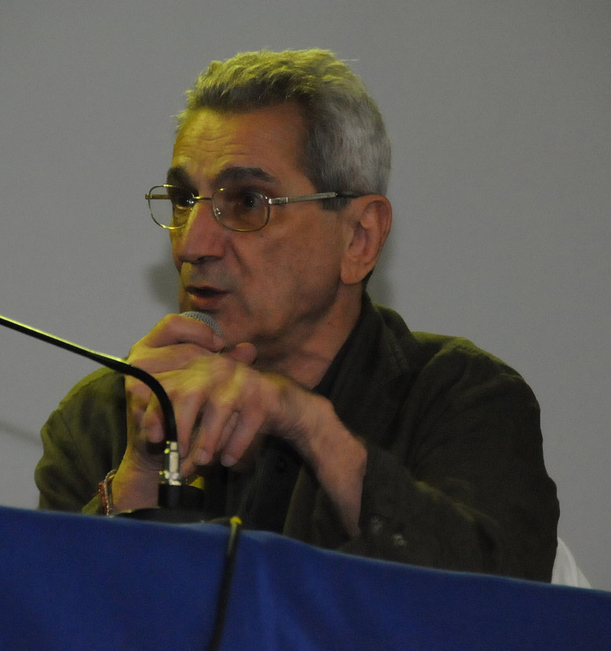 Antonio "Toni" Negri (born 1 August 1933) is an Italian Spinozistic-Marxist sociologist and political philosopher, best known for his co-authorship of ''Empire'' and secondarily for his work on Spinoza.

Born in Padua, he became a political philosophy professor in his hometown university. Negri founded the ''Potere Operaio'' (Worker Power) group in 1969 and was a leading member of ''Autonomia Operaia''. As one of the most popular theorists of Autonomism, he has published hugely influential books urging "revolutionary consciousness."

He was accused in the late 1970s of various charges including being the mastermind of the left-wing terrorist organization Red Brigades (''Brigate Rosse'' or BR), involved in the May 1978 kidnapping of Aldo Moro, two-time Prime Minister of Italy, and leader of the Christian-Democrat Party, among others. He was wrongly suspected to have made a threatening phone call on behalf of the BR, but the court was unable to conclusively prove his ties. The question of Negri's complicity with left-wing extremism is a controversial subject. He was indicted on a number of charges, including "association and insurrection against the state" (a charge which was later dropped), and sentenced for involvement in two murders.

Negri fled to France where, protected by the Mitterrand doctrine, he taught at the Paris VIII (Vincennes) and the Collège international de philosophie, along with Jacques Derrida, Michel Foucault and Gilles Deleuze. In 1997, after a plea-bargain that reduced his prison time from 30 to 13 years, he returned to Italy to serve the end of his sentence. Many of his most influential books were published while he was behind bars. He now lives in Venice and Paris with his partner, the French philosopher Judith Revel.

Like Deleuze, Negri's preoccupation with Spinoza is well known in contemporary philosophy. Along with Althusser and Deleuze, he has been one of the central figures of a French-inspired Neo-Spinozism in continental philosophy of the late 20th and early 21st centuries, that was the second remarkable Spinoza revival in history, after a well-known rediscovery of Spinoza by German thinkers (especially the German Romantics and Idealists) in the late 18th and early 19th centuries.

He is the father of film director Anna Negri. Provided by Wikipedia
Showing 1 - 5 of 5 for search: 'Negri, Antonio', query time: 0.06s
Search Tools: Get RSS Feed — Email this Search — Save Search